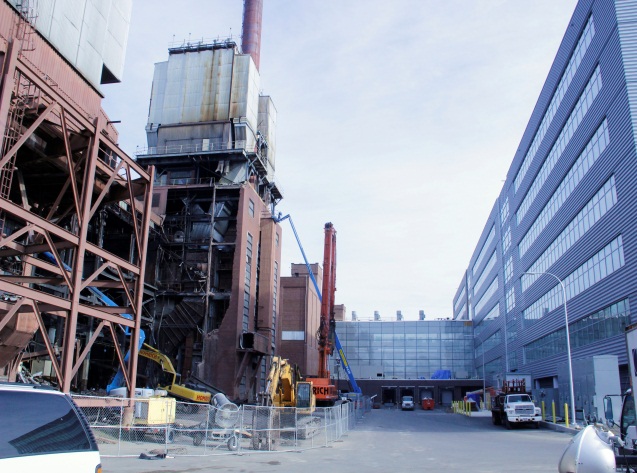 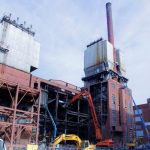 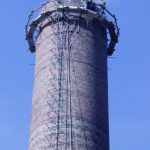 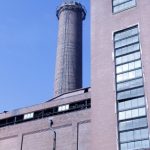 Originally built and opened in 1975, this coal-fired power plant was used to power the sprawling Goodyear Tire and Rubber production plant in East Akron, OH. In 2006, this power plant was closed and a new, state of the art Goodyear Headquarters Facility was built on the site which necessitated the abatement and demolition of the power plant.

During the completion of the new world headquarters building, HOMRICH was contracted to provide asbestos abatement and demolition of the power plant.

The project was performed in phases due to the switchgear building feeding a live 13,000-volt power line that powered the entire active Goodyear facilities that could not be shut down during demolition. After demolishing the power plant, this power line was re-routed and the building housing the switchgear was demolished. The power plant was situated in the middle of this power line and the construction of the new world headquarters building.

HOMRICH performed the re-routing and cut and caps of all in-house utilities necessary to coordinate the critical phasing of the project.

Special safety procedures were implemented to ensure the safety of HOMRICH workers as well as other various contractor personnel on-site completing the new construction.