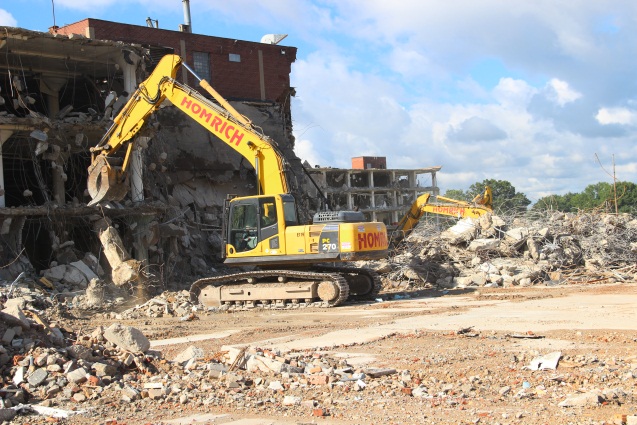 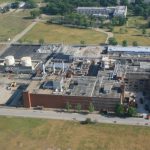 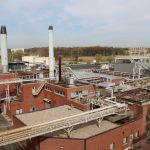 HOMRICH was contracted to demolish the nearly 1 million square feet of buildings, foundations, and parking lots. Included on the site was a large central power plant containing three boilers. Before demolition, HOMRICH removed and disposed of 47,000 pounds of PCB ballasts, 27,000 bulbs, and 2,000 gallons of Glycol.

Utilizing an average of eight various machines, 9,500 tons of ferrous and non-ferrous metals were removed, processed, and recycled from the site.

After building demolition, HOMRICH mobilized a large crushing operation on-site and proceeded to recycle 130,000 tons of concrete generated from the project. 60,000 tons were used to backfill the basement areas of the plant while the remainder was sold to local contractors. HOMRICH completed the project by bringing in topsoil, performed a final grade and seeded the site in preparation of future economic development.

Approximately 95% of all materials generated were recycled.