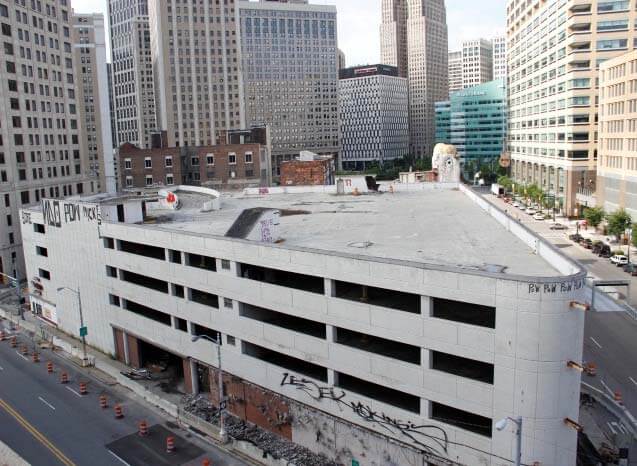 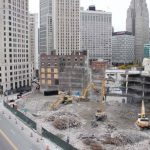 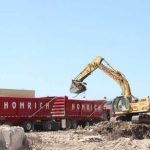 HOMRICH was contracted to provide demolition and abatement services on the Bates Garage parking structure, a 5-level, 600 space, post-tensioned facility located in the heart of downtown Detroit.

HOMRICH worked closely with MDOT and the City of Detroit to coordinate the closing and re-routing of streets and sidewalks in order to accommodate the demolition project which was surrounded on three sides by heavily used streets and sidewalks. Due to the constraints presented by both foot and vehicle traffic, HOMRICH had a very detailed, site-specific Health and Safety Plan in place to address the special considerations of this project.

Compounding the delicate nature of the project was the fact the parking deck abutted two other buildings, one of which was the historic National Theater. By employing specialized procedures, HOMRICH was able to meticulously separate the structures and leave the two adjacent structures intact.

24,000 tons of concrete, 700 tons of scrap metal and 22,000 tons of backfill were handled in order to complete the project. With over 1,300 semi-loads of material coming and going from the site, HOMRICH crews were able to complete this project without incident despite the challenges presented in a downtown setting.